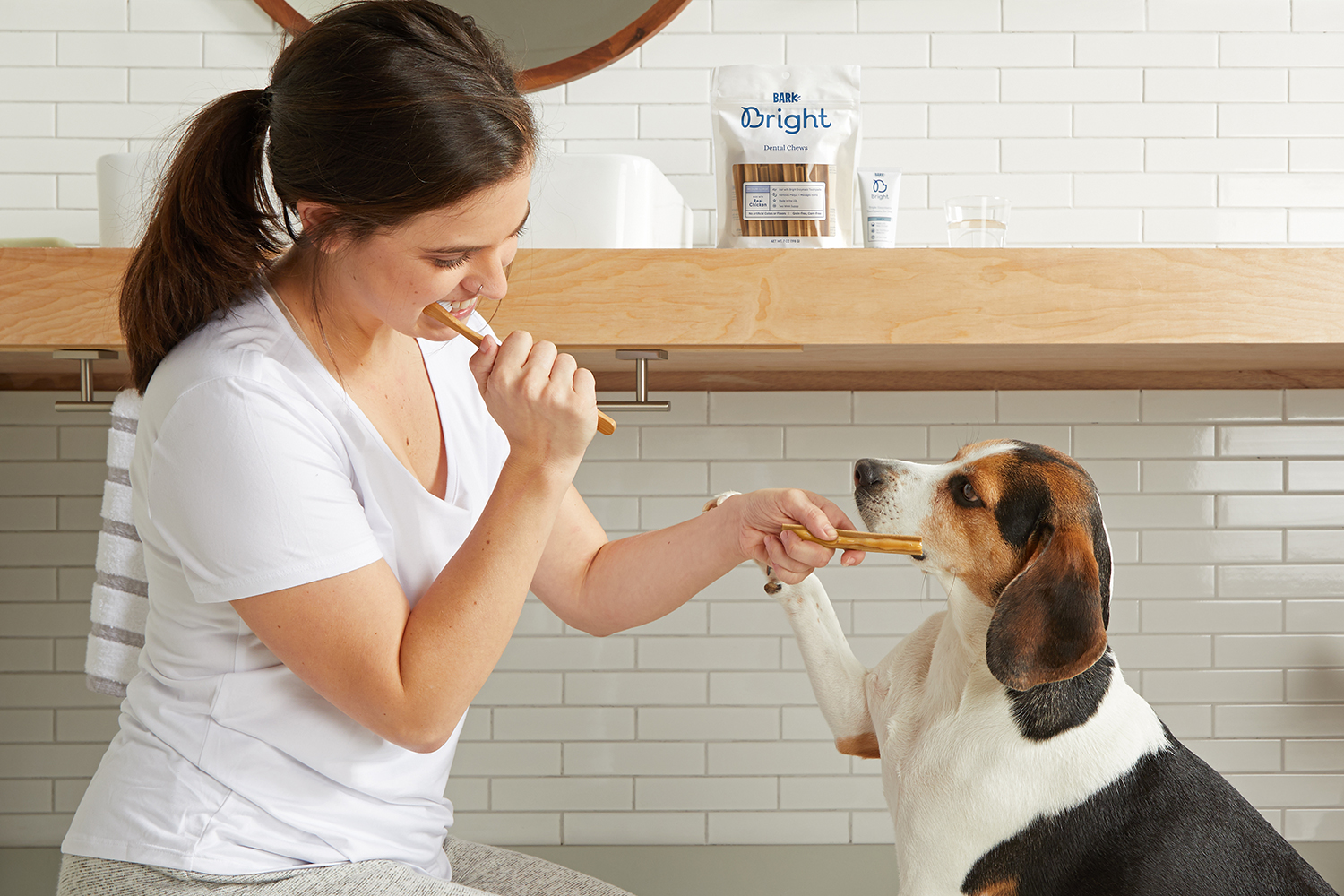 Nearly all dog people believe that they are doing enough to look after their dog’s oral health. However, a new survey of more than 1,000 dog parents commissioned by BARK, the company behind BarkBox and the new canine dental system Bright Dental, reveals that most dog people are unaware of the risks associated with poor dental care for their dogs, aren’t doing enough to combat dental disease and don’t really believe that any dental health issues will impact their dog.

Most dog parents aren’t properly caring for their dogs’ teeth and are unaware that their routines (or lack thereof) are insufficient.

Medical studies show that more than 80% of dogs develop oral disease by the age of three, which can cause infections, horrible breath, and eventually, expensive surgery under general anesthesia. However, the majority of dog parents are in the dark.

Brushing a dog’s teeth is miserable for humans and dogs.

Bad breath impacts the relationship between dogs and people.

The study was released in conjunction with the launch of BARK Bright Dental, an award-winning, first-of-its-kind, triple-enzyme system that serves as an alternative to brushing. Bright is two parts: a gel and a chew. The enzymes are in the gel, which is squeezed onto the tasty (chicken flavored) dental chew and given to the pup as a treat. The chew scrubs plaque and tartar off the teeth, and then the enzymes break them down to reveal fresh breath. No other canine dental product has three enzymes, which is why Bright is much more effective than anything else on the market.

“Humans brush their teeth at least twice a day, but rarely brush their dog’s teeth even though periodontal disease affects the vast majority of dogs in their lifetime," said Jan Bellows, Doctor of Veterinary Medicine, Dental Specialist and President of the Foundation for Veterinarian Dentistry. "Bright Dental is a product filling in a wildly neglected part of pet health and wellness,” said Dr. Bellows. “BARK has made daily ‘brushing’ a fun time for my dog.” 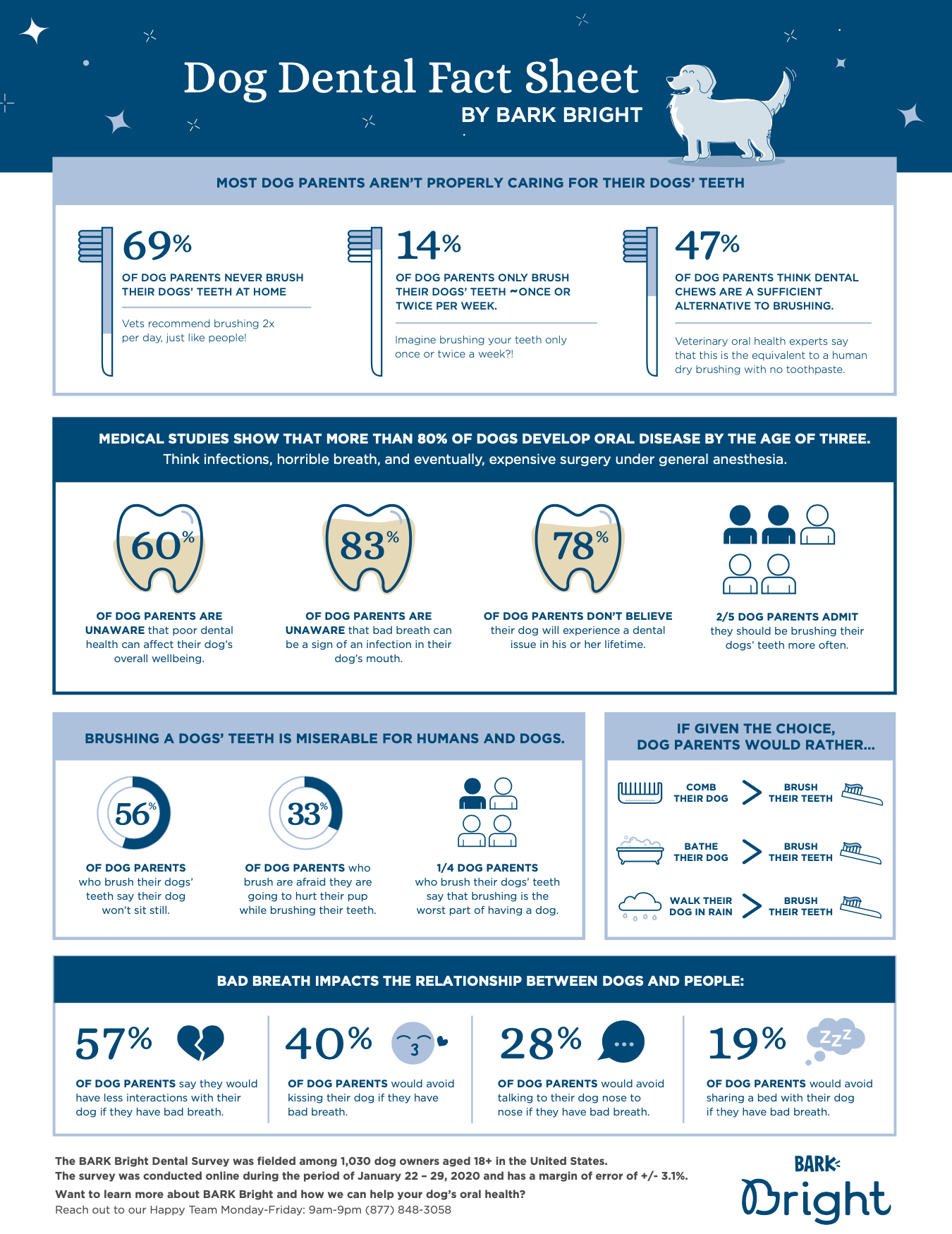