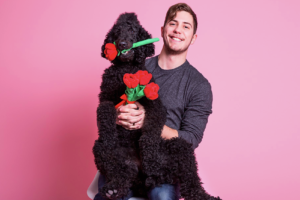 Bark & Co, the company behind BarkBox and BarkShop, today announced plans to add an estimated 125 employees to its Columbus-based pupstomer service team over the next twelve months. The planned new hires will double the current headcount and footprint at Bark & Co’s Downtown office in the Carlile Building. With the expansion, Bark & Co will soon have more employees in Columbus than its corporate headquarters in New York City’s Chinatown.

The growth of Bark & Co’s team follows the rapid growth of BarkBox, its monthly box of toys and treats, and BarkShop, the shop for dogs and dog people. Since launching in 2012, Bark & Co has shipped over 38 million toys and treats and raised $77 million in venture funding. The company surpassed a $100 million revenue run rate last year. As BarkBox and BarkShop continue to thrive, Bark & Co also now creates its own products, which span toys, treats, content and experiences.

All new employees in Columbus will be a part of a team known as Happy, which is a pack of dog-obsessed humans dedicated to delivering outstanding pupstomer support to dogs and their people with incredible patience, thoughtful personal touches and a wicked sense of humor. Happy takes every opportunity to make customers laugh and feel special, using dog puns, funny GIFs and handwritten notes or doodles as they handle thousands of inquiries per week across a range of channels, including Facebook Messenger, Twitter, text, email, chat and phone. While most companies work to reduce customer management, Happy values every interaction, connecting with about 25 percent of Bark & Co’s customers every single month.

In addition to competitive wages and great benefits, Bark & Co offers a unique and incredibly fun work environment. Housed in a modern office in a 100-year-old building that resembles a New York loft, employees get unlimited snacks and refreshments, eat a free catered lunch once per week and can join daily yappy hours, monthly office parties and regular company-wide outings and retreats. All employees get a free BarkBox subscription, can bring their dog to work and give unlimited belly rubs to pups around the office. Full time employees even get pup insurance.

“Our team in Columbus is reinventing the way customer support is done and their humor extends our playful brand into something that’s typically a drag,” said Henrik Werdelin, co-founder of Bark & Co. “The talent we’ve found in this city has blown our minds, helped us gather heaps of feedback to make our products better and taken the dog-obsessed company culture that we treasure to the next level. Come join us!”

To learn more about joining the pack at Bark & Co, visit www.bark.co/jobs.

Bark & Co is the company that’s dedicated to making dogs and their humans happy. Since launching in 2012 with BarkBox, a monthly box of treats and toys, Bark & Co has shipped more than 38 million products and expanded into creating its own products, experiences and entertainment with BarkShop, BarkPost and more. To learn more go to Bark.co.